skip to main | skip to sidebar

Learning to see life in a different way

Richard Moore, a 48 year old Irish man who at the age of 10 was blinded by a rubber bullet fired by a British soldier, decided to change his life and help children around the world. Richard befriended the soldier who shot him, after meeting him in 2006.


"I have learned to see life in a different way. You can take away my sight, but you can not take away my vision which is to help impoverished children all over the world.”  Richard Moore stated.

Josh Sundquist a bestselling author, motivational speaker, and Paralympic ski racer. He has spoken across the country to groups ranging from Fortune 500 companies to inner city public schools to the White House.
Josh's journey began at age nine, when he was diagnosed with a rare form of bone cancer and given a fifty percent chance to live. He spent a year on chemotherapy treatments and his left leg was amputated. Doctors declared Josh cured of the disease at age thirteen and he took up ski racing three years later. He trained for the next six years and in 2006 he was named to the US Paralympic Ski Team for the 2006 Paralympics in Turino, Italy.
Josh served a two-year tenure as the National Spokesperson for the Combined Federal Campaign, an effort that raises over $300 million dollars a year for charities. He has been featured on the back of Doritos bags nationwide for being the founder of LessThanFour.org, the world's largest social networking website for amputees.
Go to site
Go to blog
Watch Josh share his story 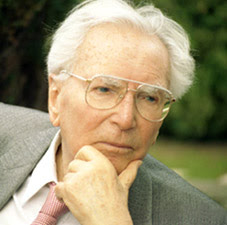 Dr. Viktor Frankl most widely read work is Man's Search For Meaning, a keenly observed account of his experiences in the Nazi death camps during Word War II. Originally intended for limited private circulation, the slim book has since been translated into 24 languages. In the two excerpts included here, Frankl first ponders the mystery of transcendent experience amid extreme suffering, then explores the true nature of human moral freedom. Frankl's concentration camp experiences profoundly influenced his life's work after the war, leading to his development of logotherapy, a new clinical approach to helping patients rediscover meaning in their lives. Read More


"If there is meaning in life at all, then there must be meaning in suffering."
Posted by Stefano Paolinelli - MS, PMP at Thursday, April 08, 2010 0 comments

TOMS Shoes was founded on a simple premise: With every pair you purchase, TOMS will give a pair of new shoes to a child in need. One for One. Using the purchasing power of individuals to benefit the greater good is what we're all about. The TOMS One for One business model transforms our customers into benefactors, which allows us to grow a truly sustainable business rather than depending on fundraising for support.
Read More
Go to post from 10/16/09 ("When Capitalism Works")
Posted by Stefano Paolinelli - MS, PMP at Wednesday, April 07, 2010 0 comments

Who Were the First Social Entrepreneurs?

Ashoka is the global association of the world’s leading social entrepreneurs—men and women with system changing solutions for the world’s most urgent social problems. Read More
Posted by Stefano Paolinelli - MS, PMP at Tuesday, April 06, 2010 0 comments

Prof. Muhammad Yunus is the founder of Grameen Bank in Bangladesh, which makes tiny loans for self-employment to some of the poorest people in that country. He is also one of the world's most effective champions of Obama's "yes we can" spirit.
Read More
Posted by Stefano Paolinelli - MS, PMP at Tuesday, April 06, 2010 0 comments

Magic and Larry - A Great Friendship Behind Rivalry and Limelight

"Magic and Bird a Courtship of Rivals" - HBO is airing an inspiring show on two of the biggest basketball starts ever: Magic Johnson and Larry Bird.

"Courtship of Rivals hits all the right historical notes and then some, even examining the Larry Bird culture wars as a function of Reagan-era politics. In passing, it brings up perspectives you'd love to hear more about: that Magic and Bird are more similar than is regularly acknowledged, or the two ushered in a new era by finally synthesizing NBA strategy with ABA flare. Yet, by presenting the Greatest Basketball Story Ever Told as a struggle, and then bond, between two strong personalities, you end up realizing that Larry Bird and Magic Johnson made history -- not the other way around."

Capitalism With Conscience - Oakley and Lance 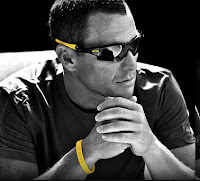 When Parnell—then CEO of Oakley, Inc., the prominent southern California eyewear maker and one of Armstrong’s sponsors—learned of Armstrong’s dilemma, he directed Oakley’s insurance provider to
cover Armstrong as an Oakley employee. The provider balked, citing Armstrong’s cancer as a “preexisting condition,” but Parnell informed them that if they did not cover the illness, his firm would take its business elsewhere. The insurer then agreed - Read Velonews Article
Posted by Stefano Paolinelli - MS, PMP at Thursday, February 11, 2010 0 comments

During the Christmas Holidays I was able to spend a few days with my friend Sam, a former Pastor from Yale University. Sam, a veteran of the Infantry, helped Italian villagers during post-WWII reconstruction, and spent most of his life helping the poor and needy in his community, as a leader of the YMCA and the United Church of Christ.

Our friendship goes back to 1989, when he helped me with my research work for a thesis on racial discrimination and protest movements in the U.S. He opened doors for me to talk to the Dean of Yale Law School, former Black Panther activists and members of the Kennedy Administration, including Burke Marshall, RFK's right-hand at Justice. I owe him a great master thesis that earned rave reviews at my college in Urbino, Italy. More importantly, I owe him 22 years of great friendship, even if keeping in touch has been a challenge sometime.
On a rainy afternoon of December 26, Sam and I tried to decide where to go – kind of an awkward day, with most acquaintances and friends already having plans with families. We were talking about my last couple of years in hell. He was moved by my description of my sister’s courage fighting a "monster" disease for almost 4 years. Despite pains and setbacks, she was able to compose music, write books, help people in similar situations and conduct a semi-normal life with her loving husband. We talked about the end of my marriage, after almost 18 years, and my efforts to refocus my life and be a good father to my children. Suddenly an idea jumped at me. I proposed to go to a local movie theater for the showing of Clint Eastwood’s latest film, Invictus, a movie on Nelson Mandela’s early years as President of South Africa.

The movie was excellent. It revolved around how Nelson Mandela joined forces with the captain of South Africa's rugby team to help unite their country. Newly elected President Mandela was faced with a nation racially and economically divided in the wake of apartheid. Believing he could bring his people together through the universal language of sport, Mandela rallied South Africa's rugby team during the 1995 Rugby World Cup Championship match.

Driving home after the movie we shared our thoughts about the film and what meant to us. To me, meant resurrection, coming back from life’s pains and adversities, sticking to principles and becoming a role model for others. Mandela was able to walk alive from 27 years of confinement in a small prison cell. He led his Country out of apartheid and brought democracy and freedom to people who never experienced it before.

To Sam, the film meant defying injustice and bringing freedom and democracy to millions of people. He visited South Africa during the Apartheid and experienced first-hand the ugliness of discrimination. He described the great changes the Country benefited from in the last 17 years.
Invictus sends more than one message but they’re all on target. Strength, courage, perseverance, leadership and humanity: Nelson Mandela’s outstanding life meant so many things to so many people. That is the power of a man whose head was bloody but unbowed under the bludgeonings of chance (Invictus). Nelson Mandela led his people yesterday - his example is leading me today.
Stefano
Posted by Stefano Paolinelli - MS, PMP at Friday, January 22, 2010 0 comments

Stefano Paolinelli - MS, PMP
Waterford, Virginia, United States
Sr. Management Consultant with over 12 years of experience in the Management of IT projects and programs for federal and public sectors

A World Without Cancer

A World Without Cancer

Leading Up - Stefano's Presentation to the Department of Labor, Office of Public Affairs

The Tom Peters Weblog: Brand You

Wrecked for the Ordinary - Social Action